Does everyone inherit the guilt for Adam's sin? 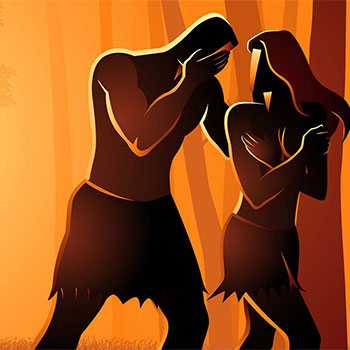 Purpose of this study

For sixteen hundred years there have been heated theological arguments over the doctrine of original sin.

Generally speaking, what people think about it is determined by what they have been taught through centuries of tradition in their particular church grouping.

There is enormous pressure on church leaders to conform to tradition. Until now it has usually been adequate simply to quote theology from a long line of church fathers.

But now things are changing. The U.S. church is losing ground rapidly to Millennials and GenZs who are asking tough questions and wanting sensible answers for today that can be supported with statements they can read for themselves in the Bible. Tradition is not enough.

The purpose of this study is to go to the original New Testament manuscripts – the same thing that theologians do – and see for ourselves what the Bible teaches (or doesn't teach) about original sin. 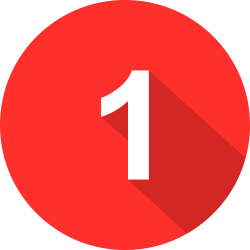 Tell your friend to enter this URL into his/her browser:
sf.org/143 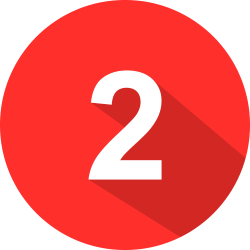 Done! Now you're both on the same page together!
Works instantly on desktops, laptops, tablets and smart phones
Use while on phone, videoconferencing, emailing or texting

Three-point doctrine
People who believe it

Here are the three points typically expressed by people who believe in the doctrine of original sin:

Some Christians believe only one or two of the three points, and some (below) don't believe any of them.

People who don't believe it

Here is response to the three points by people who don't believe in the doctrine of original sin:

Origin of the doctrine

The term 'original sin' does not appear anywhere in the Bible. It is a doctrine conceived by theologians long after the deaths of Jesus, the Apostles and all New Testament writers.

The people who first taught the doctrine of original sin did not have any personal interaction with Jesus or his disciples. Hundreds of years had passed, and oral transmission was no longer consistent and trustworthy, so for truth they studied the manuscripts we now call the New Testament – the exact same manuscripts we can study today.

Those theologians didn't have any advantage over us. In fact, we now have advantages over them for interpreting scripture. 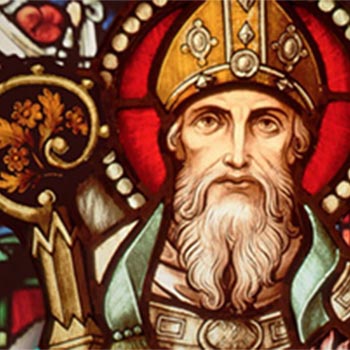 Trace to Saint Augustine, not to Jesus

Consider Staint Augustine, for example, the person most responsible for giving impetus to the doctrine of original sin (see 1.1.1). He lived 1,500 years ago in Africa. He did not have a printed Bible or study books; he lived a thousand years before the printing press. His language was Latin, and he could read only a smattering of Greek, so he read scriptures from hand-written fragments of a Latin translation of the original Greek called the Vulgate, translated by Saint Jerome in the late fourth century.

Now compare Augustine's situation to our situation today. We have the benefit of 1,500 years of collection and study of thousands of actual Greek manuscripts preceding the Vulgate ... Greek-to-English interlinear versions from the world's best linguists who have thoroughly researched word usage and meanings in Palestine at the time of Jesus ... scholarly translations into dozens of English versions (plus hundreds of other languages) which can be compared side-by-side ... and tens of thousands of research projects, books and commentaries.

Virtually all scholars agree on the exact content of the original Greek manuscripts for the book of Romans. Interpretation is the issue, not the source documents.

Today anyone can be better equipped to study scripture than Saint Augustine, who did the best he could with what he had, but he had only parts of the Latin Vulgate. Now all the documentation we need is instantly available to anyone without charge via the Internet!

What the Bible says 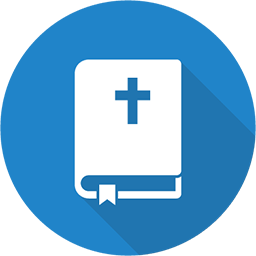 In the remaining verses of Romans 5 (verses 15b-21), the Apostle Paul tells about Adam's sin, which he calls 'the trespass.' This is more than just ordinary sin; it is rebellion against God, wanting to be one's own God. It is still the critical sin for people today
+
Understand 'the trespass' in verses 15-21 ...
In Romans 5:15-20, Paul calls Adam's sin 'the trespass.' Here is an explanation of that term so that it will have more meaning when encountered in the remainder of the chapter.
'the trespass'
taking God's place
The story of Adam and Eve is told in Genesis 2:4 - 3:24
There were two trees in the middle of the garden: the Tree of Life and the Tree of the Knowledge of Good and Evil.
God said to Adam (and he told Eve), 'You are free to eat from any tree in the garden; but you must not eat from the Tree of the Knowledge of Good and Evil, for when you eat of it you will surely die.'
Adam had a clear personal choice: either certain death or opportunity for eternal life.
But Satan said to Adam and Eve: 'You will not surely die ... For God knows that when you eat of it your eyes will be opened, and you will be like God, knowing good and evil.'
Here we see the motivation. This was more than a minor infraction. It was revolt, rebellion! They wanted to eat the fruit so they could be like God, so they could set their own rules.
Eating the forbidden fruit was just the outward manifestation of rebellion against God. God looks to the heart and mind and sees the motive.
Three conditions constitute this sin ('the trespass'):
'The trespass' was that Adam wanted to become his own god and set his own rules. People ever since have wanted to be their own god and/or worship other gods.
Approximately 2,500 years passed before God again gave another law, the Ten Commandments, to Moses for the Israelites. The first commandment was: 'You shall have no other Gods before me' (Exodus 20:3).
Another 1,500 years passed before God (Jesus) gave the Great Commandment for everyone: 'Love the Lord your God will all your heart, and with all your soul, and with all your mind and with all your strength' (Mark 12:30).
‍God first and only has always been the fundamental commandment (law) from God; to violate it is 'the trespass.'
Another word for this sin is idolatry – when an individual puts self and things in the place of God.

Romans 5:12-21 is the primary Bible text used to create the doctrine of original sin (yellow block at top of this page). Have you been able to find that doctrine here?
Almost everyone who believe in original sin believes it because that's what was taught, but very few people read the Bible to see for themselves if it's really there.
It's a horrific doctrine and turns vast numbers of people away from God because it is so inconsistent with the Christian claim that God is loving and just.
We should not believe, or disbelieve, any doctrine just because it is convenient or comfortable, but because of what the Bible really says.
CONCLUSION
We are not guilty for Adam's sin
Jesus did not teach original sin. There is no record in the Bible of Jesus ever saying that everyone is personally guilty for Adam's sin. Certainly if that were true, Jesus would have said something about it. He taught only that we are responsible for our own sins. There is no record in the Bible of Jesus ever even mentioning Adam's name.
The only mention of Adam in the entire New Testament is three brief references by the Apostle Paul in Romans 5, I Corinthians 15 and I Timothy 2, and the latter is only about marriage.
That's all! Not an important theme with Jesus or the New Testament writers, but a major theme developed hundreds of years later by theologians.
The few verses in Romans 5 and I Corinthians 15 that mention Adam have been examined crefully in this Bible study and found to be inadequate to support the doctrine of original sin.
EIGHT REASONS
why no original sin
Questions for thought and discussion 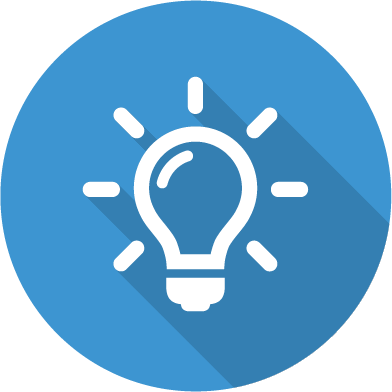 Summary
SITE IN EARLY STAGES OF DEVELOPMENT
< BackHomeTopNext >
FOR YOU
Big BangBible creation 'days'People before AdamGarden of EdenMore topics coming
ABOUT
PurposeTips for usingDoubters and unbelievers
DEEP STUDIES
Creation 'day' 24 hours?Original sin?Burn forever in hell?
www.thinkersbiblestudies.com
Not affiliated with any church, school, business or organization of any kind.
No charge. No advertising. No solicitation. No registration. No tracking.
© Copyright 2020 • All rights reserved • Lundborg Foundation