Is original sin real, or contrived?

A doctrine from Augustine, not from Jesus
PURPOSE: Helping Christians engage in intelligent and persuasive conversations with doubters and unbelievers 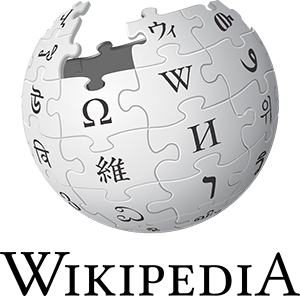 WIKIPEDIA describes original sin as people understand it today
'Original sin is the Christian doctrine that humans inherit a tainted nature and a proclivity to sin through the fact of birth. Theologians have characterized this condition in many ways, seeing it as ranging from somthing as insignificant as a slight deficiency, or a tendency toward sin yet without collective guilt, referred to as a sin nature, to total depravity or automatic guilt of all humans through collective guilt.'
'The doctrine of original sin began to emerge in the 3rd century but only became fully formed with the writings of Augustine of Hippo (354–430), who was the first author to use the phrase original sin.'
'The Catholic Church declares that baptism, by imparting the life of Christ's grace, erases original sin.'
'Today, 52% of American evangelicals accept the doctrine of original sin.'
– Wikipedia, Original sin

The doctrine of original sin is a church tradition from the fourth century that says everyone is born guilty FOR ADAM'S SIN and that, without Jesus as Savior, everyone is going to burn in hell forever as punishment, even people who never heard about Adam or Jesus.

This doctrine portrays God as an unjust monster and is driving people from God and the Bible. It's so horrific that few Christians dare talk about it in full and raw form with unbelievers.

Many Christians don't believe that the Bible teaches this doctrine and that it's a contradiction to the basic gospel message of love, justice, and free will. For sixteen hundred years, there has been heated theological argument about it.

This page will help you arrive at a confident personal decision about what to believe regarding original sin.

Nearly everyone in the western world knows about 'the fall.' Literature, music, art, and church tradition over the centuries have been so replete with this narrative and its consequences to humanity that most people never bother about investigating what the Bible says about it if anything.

The Bible clearly teaches that everyone has a sin nature and needs the Savior (Jesus) because of personal sin. But the doctrine of original sin adds to the Bible by saying that everyone is fully guilty at birth for Adam's sin and ruin of God's perfect creation.

This page lays out all relevant Bible verses and issues to help you recognize the differences between the Bible and tradition regarding inherited sin.

This topic is usually a contentious conversation stopper when Christians try to explain it to doubters and unbelievers without good preparation. It's essential to maintain an interesting and intelligent dialog without letting it turn into an argument.

This page equips you to discuss this topic thoroughly and confidently, based on scripture, with people who are troubled by it.

PART A (overview) and PART B (deep Bible study)

This site is very rich with information and scripture for helping Christians come to their own conclusions about original sin and to prepare for conversations with unbelievers.

THIS TOPIC IN TWO PARTS

The topic of original sin is discussed on this site in two parts.
SELECT THE PART YOU WANT:
PART A: Overview with key verses and commentary, or
PART B: Intensive verse-by-verse Bible study of Romans 5 and I Corthinthians 15
This is some text inside of a div block.
▲Part A▲Part B
▲Site menu

Justice is a big issue throughout the world today, especially among the younger generations, and is regarded as one of the highest – perhaps the highest – of all virtues.

When doubters and unbelievers hear about original sin, most are, repulsed. To them, there is nothing more unjust than torturing people in the most horrific way imaginable – burning them in fire forever – for something they didn't do or even know about and not making known any means of salvation.

It is especially onerous to be told that God places this guilt and sentence of punishment on every infant at the moment of birth. Most people react by thinking consciously or subconsciously: I could never be attracted to a God like that!

Christians who believe in original sin usually respond simply by saying (1) God can do whatever He wants and (2) it's what the Bible says, so we have to accept it.

This study challenges that response:

(1) Of course, God can do whatever He wants. He is Creator and Sovereign of the universe. But this is not the issue here. The ISSUE IS NOT whether or not we like how God deals with sinners, but rather the ISSUE IS whether God likes how we portray Him as a monster by stretching and adding to scripture.

(2) Not all Christians believe in original sin. Apparently, Jesus didn't believe it either, or else he would have said something about it. Christians who believe it keep saying that this is what the Bible teaches (though there are only a few verses on the subject, all dubious) ... but Christians who don't believe it search the scriptures and can't find it there, not even in those few verses.

If the Bible compels a belief that God tortures the innocent, we would have to accept it. However, that belief comes almost entirely from human tradition, not from the clear teaching of scripture, which is the point of this study.

At least once in a lifetime, every Christian should carefully study this important theological issue personally, not believing or disbelieving based on what one's church tradition says, but based instead on what the Bible says as understood from personal study.

Our mission from Jesus is to 'go and make disciples of all nations' (Matthew 28:18), but statistics show that the church (body of believers) is now failing miserably in America.

The church is contentious and squabbling over unessential points of doctrine while losing disciples at an alarming rate. The generational gap is huge and growing.

This site shows the many ways that Christians are making the Bible say things it doesn't really say, with the result that the Bible is losing credibility and Christians are being marginalized for blindly believing whatever they're told.

Christians should be talking to family, friends, associates, and neighbors enthusiastically about the things Jesus spoke about. Instead, church add-on doctrines have put us in positions impossible to defend.

Without good answers, most Christians get pummeled in spiritual conversations, so most keep quiet. Sadly, most Christians are unable to articulate the gospel in a way that ordinary people can understand or desire.

The purpose of this site is to broaden understanding of scripture to the point that a Christian becomes willing – especially in conversations with unbelievers – to explain spiritual topics with informed interpretations that are not turn-offs and conversation stoppers ... for example, to explain that not all Christians believe in the doctrine of original sin and that a person does not have to embrace it to become a Christian.

RELATED PAGES FOR YOU

People before AdamEden storyQ&A Garden of EdenSin not cause of deathMAIN MENU
SITE IN EARLY STAGES OF DEVELOPMENT
Helping Christians engage in intelligent and persuasive conversations with doubters and unbelievers
◀︎ BackHomeAboutTop
BIG BANGToday we know moreProof of GodBIBLE CREATION DAYSCreation 'day' not 24 hoursNot 'apparent age'
PEOPLE BEFORE ADAMTime calculationsSin not cause of deathBible dating methodScientific dating methods
GARDEN OF EDENEden storyQ&A Garden of EdenOriginal sin (Romans 5)No burn in hell forever
thinkersbiblestudies.com
Not affiliated with any church, school or business of any kind
No charge, registration, advertising or solicitation
© Copyright 2020 • All rights reserved • Lundborg Foundation