FEATURED TOPICS TODAY
Big BangBible creation 'days'People before AdamGarden of Eden
This site is for thoughtful Christians learning how to answer the hard questions people are asking today
MACRO TOPIC 3.4.1

What Jesus says about time in hell
PURPOSE: Helping Christians engage in intelligent conversations with doubters and unbelievers 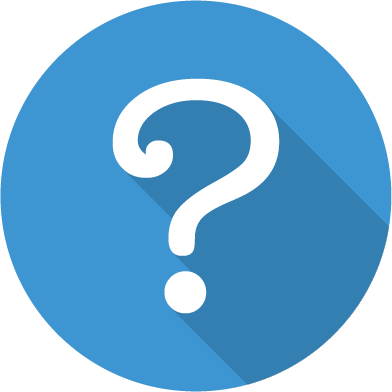 ➤ Will Satan and demons be in hell?

➤ Will people burn in hell forever? Or only for a time?

➤ How can a Christian have an intelligent conversation with people who think hell is just a joke? 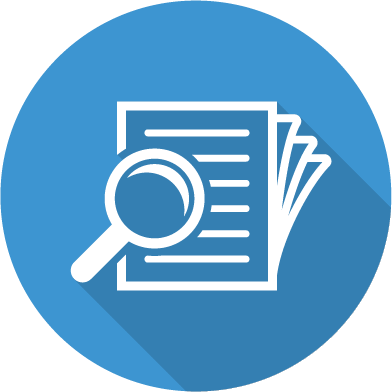 The question of whether or not hell is FOREVER is important because the answer portrays God's character to doubters and unbelievers. Is God just and merciful? Or vengeful and monstrous?

This page can build your confidence in the Bible and create a desire to talk about it with family, friends and acquaintances.

The verses in this Bible study have not been cherry-picked to support any particular point of view. This is the full extent of what the Bible says regarding the question of whether or not hell is for a time or is forever.

This page tells the interesting story of how science has come into alignment with the first two verses of the Bible. It's a good story you can weave into your Christian witness.

When confident and informed, Christians become interesting conversationalists on spiritual topics, and soon people begin asking a wide range of questions about God and the Bible.

This page has enough information to enable you to have an enlightened spiritual conversation with anyone about the Big Bang theory of the earth's origin.

Some say it doesn't matter

A common response from Christians:

'It really doesn't matter to me whether hell is forever or only for a duration ... it's horrible either way ... just accept Jesus as Savior and you won't go there at all.'

That response misses the point and is shortsighted and self-serving. That's thinking only about me, not about others.

The issue is perception of God

The primary reason why we have to be careful in the way we speak about hell is that it defines God's character in the minds of other people.

Burning forever, without being able to die, is the worst kind of torture imaginable.

Burning forever regardless of the degree of sin goes far beyond punishment and becomes infinite cruelty. Even Jesus, who paid the ultimate sacrifice for sin, was freed by death from suffering in a matter of hours. (To the thief on the cross: 'Truly I tell you, today you will be with me in paradise' (Luke 23:43).

The erroneous image of a cruel and vengeful God who condemns people He says he loves to the worst kind of torture imaginable – burning forever without being able to die – is a contradiction to our God of love and justice, especially for people who have never even heard of Jesus.

This image in the minds of doubters and unbelievers is a big barrier to Christian faith.

ALL 33 VERSES ARE HERE

what Bible says about duration in hell

Bible verses on this page

This page contains all 33 verses in the Bible that say or imply something about the duration of human punishment in hell. These verses have not been cherry-picked. They are the entire biblical teaching on this subject.

The Bible verses quoted here are from the New Intetrnational Version (NIV), the most popular version in the United States today.

Text in red is a commentary to stimulate thinking.

Fire burns forever, but not people

The verses on this page show that, for people who reject God's forgiveness and offer of salvation for a life of unforgiven sin, there is a real hell but people are not tortured there forever.

This is affirmed in some of the best-known verses in the Bible:

'For God so loved the world that he gave his one and only Son, that whoever believes in him shall not perish but have eternal life' (John 3:16) – perish, not eternal life of torture.

'For the wages of sin in death, but the gift of God is eternal life' (Romans 6:23) – death, not eternal life of torture.

After physical death, resurrection, and judgment, people who reject God's offer of salvation and eternal life will eventually die (end of existence) in hell, with the degree and duration of punishment for personal sin determined by God at the time of judgment.

Contrary to what most Christians have been taught through church tradition, but in accordance with what the Bible says, the duration could be very long, but not forever.

– 1 –
'Like water spilled on the ground, which cannot be recovered, some must die.' (2 Samuel 14:14, Joab speaking, military commander under King David)
The Old Testament does not teach about any particular kind of hell after death. In the Old Testament, Jews thought that people – non-Jews (Gentiles) for sure – just die ('cannot be recovered,' end of existence), like every other living thing.
– 2 –
'A little while, and the wicked will be no more ...' (Psalm 37:10, Psalmist speaking)
In the Old Testament times, Jews believed that human life is short and death is end of existence. The important thing is preserving life of the nation. 'Will be no more' means no existence.
– 3 –
'... though the wicked spring up like grass and all evil doers flourish, they will be forever destroyed' (Psalm 92:7, Psalmist speaking)
Same words used by Jesus in the New Testament (see below). 'Forever destroyed' means end of existence, much different than alive forever in hell.
– 4 –
'Surely the day is coming; it will burn like a furnace. All the arrogant and every evil doer will be stubble, and that day that is coming will set them on fire,' says the Lord Almighty. 'Not a root or branch will be left to them ... and they will be ashes under the soles of your feet ...' (Malachi 4:1-3, Old Testament Prophet speaking)
Ashes mean no life, no consciousness.
▲Page menu▲Questions
▲Site menu

DEFINITION: The term 'people' as used here means all people alive now and all people who have ever lived. It means 'us,' today, and excludes people who will transgress in a future eschatological age.
✓ REASON 1. Jesus is full authority
Jesus said, 'All authority in heaven and on earth has been given to me' (Matthew 28:18). Jesus is full authority on truth. Not church, not tradition, not even Apostle John's dream. In seeking answer to the question of whether or not people will burn in hell forever, we need to give full authority to what Jesus said. To be true, statements from theologians must align with statements from Jesus.
✓ REASON 2. Dream is lesser authority
The verses people use to 'prove' that people will burn in hell forever are from the Apostle John's dream in the Book of Revelation. Recalling a vision has less authority than hearing a direct statement and speculating on conflicting interpretations. John's vague dream must be subordinated to Jesus' clear statements. The dream verses (quoted in #17 to #21 above) are the only verses in the Bible that might imply that hell is forever (though the verses don't say so). The common interpretation of the dream verses is contrary to Jesus' direct statements.
✓ REASON 3. Dream verses are not about us
Even though many parts of John's dream are difficult or impossible to interpret with clarity, it's clear that the people who will be burning in hell forever are NOT people alive now or people who have lived in the past. The writer specifically identifies the people who, along with Satan and his demons, will burn forever: the false prophet and those who worship the beast and its image. That's not us, but rather some people in a future age.
✓ REASON 4. Jesus did not say hell is forever
There is no verse anywhere in the Bible where Jesus says that hell is forever for any person alive now or at any time in the past.
✓ REASON 5. Jesus gave examples
Jesus gave examples (#23 to #33 above) of what hell will be like: a tree thrown into the fire ... weeds thrown into the fire ... fish thrown into the fire, etc. And what happens to them in the fire? In Jesus' own words: 'destroyed ... consumed ... perish ... burned up.'
✓ REASON 6. Fire burns forever, not people
Jesus said that in hell 'the fire never goes out.' But this is not the same as saying that people burn forever in the fire. Jesus says that the fire is forever, but the people are consumed and perish. After a time of punishment commensurate with their sin, people who reject God's offer of salvation will ultimately die in hell (the 'second death').
✓ REASON 7. God is just and merciful
Torturing people in hell forever is capricious and cruel beyond comprehension, not in character with the just and merciful God we meet in the New Testament. God now freely offers salvation through Jesus, but physical death seals the offer, which has been either accepted or rejected. People who reject or ignore the offer will be punished justly in hell for their individual sins.

Death (second death, final death) will be God's gift of mercy to people in hell. Eventually, for them, it's the end of existence.

Those who accept God's offer will be totally forgiven – no hell and no final death – and will have eternal life in a new and exciting dimension beyond our imagination.

This is the consistent Bible narrative.
▲Page menu▲Questions
▲Site menu
NEXT ►
Will God send people to hell even if they never heard about Adam or Jesus (original sin)?