Saint Augustine did the best with what he had in 400 AD
This has nothing to do with godliness or intelligence.
We're not smarter. Just better informed.
We can now understand the Bible better than at any time in history because we have a massive amount of scholarly information from manuscripts, linguistics, archaeology and science not available to early church fathers.

Christianity does NOT come from the Bible. Christianity comes from the birth, life, death and resurrection of Jesus Christ. The Bible is not the source, but rather the record, of Christianity.

The Bible tells about important events leading up to the birth of Jesus (Old Testament), Jesus' life and teachings (Gospels), growth of the early church (Acts), instructions to the early church (Letters) and a glimpse into the future (Revelation).

All Christians believe that the New Testament is the basis for Christian belief and practice – the Word of God for everyone today – written by eye witnesses, keeping Jesus' message free from re-writing and distortion over time.

There is universal agreement on the content of the Bible. There is not a Catholic Bible and a Protestant Bible ... or an English Bible and a French Bible.

There is only ONE BIBLE but many translations of it from the original Hebrew and Greek manuscripts. Problems with the Bible are not from disputed content, but from language interpretation.

The English word 'bible' comes from the Latin word 'biblia,' meaning books. When capitalized and preceded by the word 'the' it means holy books. As we experience the Bible today, our single printed volume is 66 small books bound together within one cover, about 1,200 pages in total, arranged in approximate historical sequence.

The Bible by number of pages:

Jews,Christians and Muslims all believe in the Old Testament, but the New Testament is uniquely Christian.

The Merriam-Webster dictionary defines a theologian as 'a specialist in theology'. It defines theology as 'the study of God and of God's relation to the world.'

Christians believe that our best knowledge of God is through the life and teachings of Jesus Christ, as recorded in the Bible.

Christian theologians help us understand the Bible, its times and its message.

However, over the past twenty centuries, theologians have gradually ascribed much to the Bible that isn't even in the Bible. Instead of simplifying scripture, they have made it more convoluted and divisive.

There are now more than 2,500 different Christian denominations, each different – often considerably different – and each claiming to have the correct interpretation of the same Bible.

But now all that has changed. Today ordinary people are well educated, perfectly capable of reading the Bible themselves, trusting the Holy Spirit to guide them in their own study of scripture.

All of Jesus' eye witnesses and Bible writers are long deceased, so theology today is primarily a study of their writings, known to us as the New Testament. All Christians agree that Christian belief and practice must be in accord with the New Testament.

Some of the influential theologians of the first few centuries of Christianity include Irenaeus, Tertullian, Origen, Athanasius, Jerome and Augustine. They were great men of God but, for lack of information, they didn't know then as much as we know now.

Other than the Apostle Paul, no one has had greater influence on shaping Christian doctrine than Saint Augustine of Hippo (Algeria, Northern Africa).

His interpretation of scripture has established many major doctrines that carry over to this day in Catholic, Orthodox and Protestant churches, including his concept of original sin which is explored in depth in scripture on this site.

Like the Apostle Paul, Augustine had a dramatic conversion experience. His mother was a Christian, but he but rejected that faith as a young man. He was a philosophy teacher and orator, living a promiscuous life. Alone outside, at age 34, he heard a voice say, 'Take up and read; take up and read.' He believed God was telling him to read scripture. He got a manuscript of Paul's letter to Romans and at random his eyes fell upon these verses: 'Let us behave decently, as in the daytime, not in orgies and drunkenness, not in sexual immorality and debauchery, not in dissension and jealousy. Rather, clothe yourselves with the Lord Jesus Christ, and do not think about how to gratify the desires of the sinful nature' (Romans 13:13-14).

'For in an instant, as I came to the end of the sentence, it was as though the light of faith flooded into my heart and all the darkness of doubt was dispelled,' he recounted in his famous book Confessions.

After his conversion, and continuing until his death at age 76, he studied scripture as best he could with the limited resources available to him. He wrote many books ... became a priest ... then a Bishop ... and was very influential in shaping the Roman Catholic Church in the years after Emperor Constantine declared Christianity to be the official religion of the Empire.

Saint Augustine did not have all of the Bible study resources available to us today. Here were some of his limitations:

➤ He lived more than 300 years after Jesus. This is so much time that word-of-mouth information from generation-to-generation would no longer be reliable. All credible information about Jesus' message would have to come from written documents – the same documents we use for Bible study today!

➤ He lived in Africa. He was on a different continent, more than a thousand miles from where Jesus and his disciples taught and formed the first churches. He was on the periphery of where the gospel was taking root and leadership was developing.

➤ His language was Latin. He was very proficient in Latin, the official Roman language, but he didn't know Greek. Problem is, the original New Testament manuscripts were in Greek. So Augustine studied scripture from the Vulgate, a Latin translation of the Greek, an intermediate translation from the originals.

➤ No printing presses. This was a thousand years before invention of the printing press. Scripture was hand-written on papyrus and parchment. Individual documents were subject to copying errors and omissions, often without adequate validation.

➤ No libraries. There were no libraries as we know them. There were private collections of various and disparate copies of gospels, letters and revelation, but no central and convenient places to study all of them as a whole. Augustine was writing at the time the New Testament cannon was just coming together (Council of Hippo 393 AD), so there was still some uncertainty about which documents were to be regarded as holy scripture.

➤ No deep scholarship. In the 1,600+ years since Augustine, there has been a massive amount of accumulated scholarly information, analysis and cross-checking from manuscripts, linguistics, archaeology and science that was not available to early church fathers.

WE KNOW MORE THAN AUGUSTINE 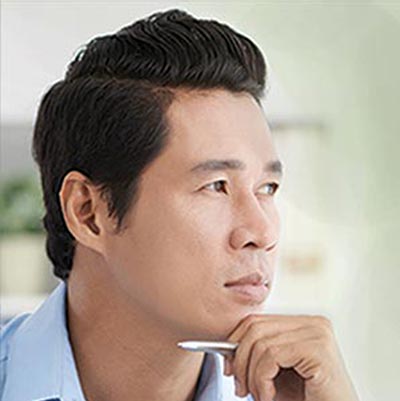 Bible study is more informed for us today than it was for Saint Augustine in his day. We all study the same original Bible manuscripts, but today we study with greater clarity and confidence, not because we are smarter, but because we have been blessed with more information and see a bigger picture.

In times past, most people wished that they could read, but they were illiterate.

Those who were literate wished they could read scripture for themselves, but there was no way to get their hands on the precious few documents, and they could not understand Greek.

So they had to rely entirely on what theologians told them, often contradictory and self-serving within their particular constituency.

But in our modern information age, nearly everyone can read ... and we have dozens of excellent translations and interlinear versions of the entire Bible instantly available at no cost ... and we are privileged to read and study scripture for ourselves without being constrained by questionable traditions handed down by theologians centuries ago.

Not surprising, personal objective study brings new understandings. It is not ungodly or disrespectful to disagree with certain old traditions if our own Spirit-led Bible study leads to new conclusions.

As with everything in God's marvelous creation, God seems pleased to reveal more and more about Himself and His plan as time moves on.

NEXT ►
SITE IN EARLY STAGES OF DEVELOPMENT
Helping Christians engage in intelligent and persuasive conversations with doubters and unbelievers
◀︎ BackHomeAboutTop
BIG BANGToday we know moreProof of GodBIBLE CREATION DAYSCreation 'day' not 24 hoursNot 'apparent age'
PEOPLE BEFORE ADAMTime calculationsSin not cause of deathBible dating methodScientific dating methods
GARDEN OF EDENEden storyQ&A Garden of EdenOriginal sin (Romans 5)No burn in hell forever
thinkersbiblestudies.com
Not affiliated with any church, school or business of any kind
No charge, registration, advertising or solicitation
© Copyright 2020 • All rights reserved • Lundborg Foundation