Påul's strategy was Socratic engagement
Acts 19:8-10
At the end of his missionary life, the Apostle Paul, the world's greatest missionary, combined a lifetime of learning experiences into one masterful strategy in the city of Ephesus ... and this brought the gospel to over 1,000,000 people in two years!
Amazing!!  How did he do it?
Paul learned that preaching works for communicating with believers in church ... but it doesn't work for communicating with unbelievers in secular society.

With the Hall of Tyrannus strategy, over 1,000,000 people heard the gospel in two years 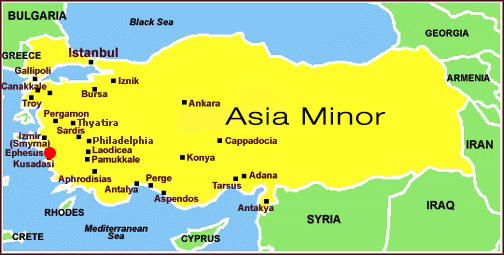 Tap map for population details
Tap map to see the number of people who heard the gospel in two years as a result of the Hall of Tyrannus.
Paul (from red dot) reached 'everyone who lived in the province of Asia' (yellow) ... starting with a just a few men he recently met ... low cost, leaving the temple and renting an idle facility ... no travel ... and no mass media.
What did he do? How did he do it?

Can we do today what Paul did?
Yes! Even better!
In fact, Socratic discussion in a modern Hall of Tyrannus is better suited to evangelism in America today than at any time in our country's history.
Sociologists and theologians are calling this the post-Christian era, the time when Christianity is on the decline and is no longer the dominant guiding principle in our culture. Our culture today is becoming more like the culture in Ephesus. A large and growing proportion of our population has no Christian background and we need to begin the gospel message on an empty slate.
You and your friends can start a modern Hall of Tyrannus. The hall might be a rented room in a hotel, restaurant, civic center ... or even a home. A facility that offers food is recommended. For example, group discussion for an hour, then continued in small groups over a menu and meal in the public eating area.

You can start a modern Hall of Tyrannus, and this site can help provide discussion materials.
Come back often. New materials are added every week.
SITE IN EARLY STAGES OF DEVELOPMENT
< BackHomeTopNext >
FOR YOU
Big BangBible creation 'days'People before AdamGarden of EdenMore topics coming
ABOUT
PurposeTips for usingDoubters and unbelievers
DEEP STUDIES
Creation 'day' 24 hours?Original sin?Burn forever in hell?
www.thinkersbiblestudies.com
Not affiliated with any church, school, business or organization of any kind.
No charge. No registration. No advertising. No solicitation. No tracking.
© Copyright 2020 • All rights reserved • Lundborg Foundation
The story in brief
'Then Paul went into the synagogue and spoke boldly there for three months, arguing persuasively about the kingdom of God.

'But when some of them stubbornly refused to believe and publicly maligned the Way, Paul took his disciples and left the synagogue to conduct daily discussions in the lecture hall of Tyrannus.
‍
'This continued for two years, so that everyone who lived in the province of Asia, Jews and Greeks alike, heard the word of the Lord.'
– Acts 19:8-10
The three verses above are the focus of this Bible study, but to get powerful impact and application you must read – or at least skim – Acts chapters 11-27 and the three topics below.
Tap parts below (soon) to learn about this evangelism strategy
Hall of Tyrannus
All three parts coming in June
The full story

This will be an inspiring Bible study for your group

Tells about the amazing thing that happened at the intersection of Religion, Secular and Gospel
– FLASH PANELS – 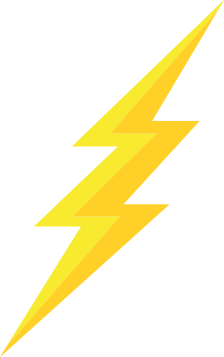 Events in the life of the Apostle Paul that formulated the
HALL OF TYRANNUS
Tap arrow or swipe
56 YEARS
of experiences crammed into a two-year venture
Paul | 6-20 A.D. | Birth-14
Child
Paul was born in 6 A.D. to Jewish parents in Tarsus (present day eastern Turkey), a bustling Mediterranean seaport city (now eastern Turkey), population about 0000.

Tarsus was a large city, a center of trade and Greek culture. Paul spoke and wrote Greek fluently.

He was a Roman citizen, a high social and political privilege, inherited from his father.
Paul | 21-30 A.D. | Age 15-27
Young adult
Paul was sent to study Jewish religion (Torah) in Jerusalem. Studied under famous teacher, Gamaliel. Status like Harvard grad today
‍
Becomes devout member of the Pharisees, largest and most powerful religious group in this predominantly Jewish city of more than 600,000 people, part of Roman Empire.
Pharisees hated Jesus and convinced the Roman governor to order his execution on a Roman cross.

Jesus was crucified and resurrected, but his followers continued to preach a new religion that threatened the old religious establishment.

Paul persecuted Jesus's followers and tried to get rid of them, even by death if necessary, got keep them quiet.
– Acts
Paul | 34-36 A.D. | Age 28-30
Conversion / spiritual growth
Converted on way to Damascus.

Return to Damascus to preach Jesus as Messiah

Flees Damascus because of persecution.

Visits Jerusalem and meets with apostles.

Understanding that for Gentiles.