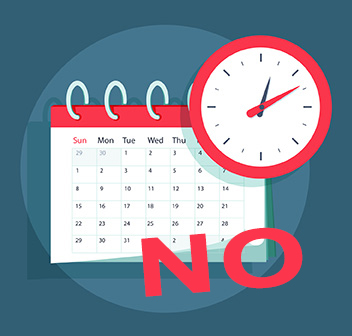 This study examines how the Hebrew word yō·wm (translated 'day' in English) is used in the Bible creation story (pronounced YOME, like HOME).

Historically, most Christians have believed that the entire universe was created in six literal days in approximately 4000 BC, but only because yō·wm has been translated as 'day' in English versions of the Bible. This is not an incorrect translation, but yō·wm, like day, its English equivalent, can have two meanings: (1) 24 hours or (2) long indefinite period of time unless a number is associated with it.

For example, this is how yō·wm is used in Micah 7:11: 'The day of building your walls will come, the day for extending your boundaries. In that day people will come to you from Assyria and the cities of Egypt ...' Obviously, this is more than 24 hours.

In Hebrew, yō·wm is used the same as we sometimes use 'day' in English, as 'This is the day of social media.' The reader knows by the context what is meant.

The Bible is its own best interpreter. A rule of translation is that if a word has two or more meanings, select the one that best fits the context of the surrounding passages.

Most Christians have never carefully studied Genesis 1 and 2. They just believe without question what they have been told by tradition for centuries, that the whole universe was created in six 'days' (presumably calendar days).

Bible does not compel six-day interpretation

The Bible's description of creation is broad enough to accommodate both interpretations. These are just differences in method and timing. The important thing is that GOD DID IT!

This site takes the view that God created the universe according to a master plan in stages over a very long period of time. This view is preferable because it is confirmed by modern science and eliminates push-back from unbelievers.

Conversations with unbelievers should make it clear that one does not have to believe six-day creation in order to be a Christian.

Ancient Hebrew Research Center: 'The Hebrew word yō·wm means a 'day,' but not specifically a twenty-four hour period, but instead more generically like in 'a day that something occurs.'
Strong's Exhaustive Concordance / Hebrew #3117 for yō·wm: '1) day, time, year 1a) day (as opposed to night) 1b) day (24 hour period) 1b1) as defined by evening and morning in Genesis 1 1b2) as a division of time 1b2a) a working day, a day's journey 1c) days, lifetime (pl.) 1d) time, period (general) 1e) year 1f) temporal references 1f1) today 1f2) yesterday 1f3) tomorrow.'
Generally, ancient languages did not have huge vocabularies and were not as precise and nuanced as modern languages. Word meanings were often defined by the context in which they were used.
Except for the way the word yō·wm in ancient Hebrew is translated 'day' in contemporary English – correct but misleading – there is nothing in the Bible or in science that even suggests that each of God's six major creative processes was a time span equal to 24 hours in our modern calendar.

✓ REASON 1. 'Evening' and 'morning' are Hebrew markers for start and finish
GENESIS 1: 5, 8, 13, 19, 23 and 31. In the modern world, a 24-hour day is measured from sunrise to sunrise, but in ancient Israel a day was measured from sunset to sunset. The repeated phrase 'And there was evening' means the start of something. Used together with the phrase 'and there was morning' means that it was started and completed.
In ancient Hebrew, these phrases were the markers for the beginning of something and the completion of something. Day (yō·wm) does not always mean a 24-hour time period.
✓ REASON 2. Takes longer than 24 hours to produce vegetation
GENESIS 1:11-12. At beginning of Day 3, God said, 'Let the land produce vegetation: seed-bearing plants and trees on the land that bear fruit with seed in it according to their kinds. And it was so. The land produced vegetation: plants bearing seed according to their kinds and trees bearing fruit with seed in it according to their kinds. And God saw that it was good. And there was evening, and there was morning – the third day.'
It takes more than 24 hours for land to produce vegetation and bear fruit. This passage alone is proof enough that a day (yō·wm) as used here is more than a calendar day.
✓ REASON 3. No 24-hour measurement until Day 4
GENESIS 1:14-19. The phrase 'And there was evening, and there was morning – the [number] day' is the closing statement for Days 1, 2 and 3. But the sun didn't come (accretion and visibility) until Day 4, for purpose of 'signs and seasons, and for days and years.'
The concept of a 24-hour day came AFTER yō·wm time was already used in previous verses to express events prior to Day 4, the day the sun was 'made' (accretion, core formation; gigantic rock chunks, dust and gas pulled together by gravity). We now know from science that the sun and earth were shaped into their present forms about 4.5 billion years ago.

It took a long time to develop a cohesive core, constant gravitation and stable orbits. There was already light (through dense cloud cover) but in this fourth day the sun was made visible and reliable for purposes of measuring 'days and years;' therefore, calendar measurement (24-hour days) did not even exist for the first three days.
✓ REASON 4. Seventh Day still open and longer than 24 hours
GENESIS 2:2. The phrase 'And there was evening, and there was morning – the [number] day' is the closing statement for each of the six days of creation but not for the seventh day of rest (pause in new creations).
The seventh day is still open because the closing statement is not used; therefore, since more than 24 hours have already passed, day (yō·wm) as used here is more than 24 hours. We are now living in the seventh day – God's sabbath day of rest – so obviously 'day' means an undefined period of time. This passage alone is proof enough that a day (yō·wm) as used here is more than a calendar day.
✓ REASON 5. Day is used as both singular and plural
GENESIS 2.4*. This verse says, 'This is the account of the heavens and the earth when they were created, in the day the Lord God made earth and heaven.' The previous chapter says God made earth and heaven in six separate days.
As a closing statement, this verse uses the word day (singular) to express everything that happened in the preceding six days (plural). Day (yō·wm) in this verse means the SUM of six days; therefore, day means an indefinite period of time, more than 24 hours.
✓ REASON 6. Too much animal reproduction for 24 hours
GENESIS 1:24 and 2:19. 'And God said, Let the land produce living creatures according to their kinds: livestock, creatures that move along the ground, and wild animals, each according to its kind. And it was so. ... Now the Lord God had formed out of the ground all the beasts of the field and all the birds of the air. He brought them to the man to see what he would name them; and whatever the man called each living creature was its name.'
In Day 6, God used the land to produce living creatures, and then he brought the animals to Adam. It would have taken a long time for the land to produce so many animals; therefore, day (yō·wm) means more than 24 hours. This passage alone is proof enough that a day (yō·wm) as used here is more than a calendar day.
✓ REASON 7. Adam did not die that 'day'
GENESIS 2:16*. God said Adam must not eat the fruit from a particular tree, 'for in the day you eat from it you will surely die.' He ate the fruit but did not die within 24 hours.
Some people say that this warning to Adam meant 'spiritual death,' but that concept would be completely meaningless to him in his first day of life. And he did not die that day. Adam lived a long earthly life before physical death; therefore, day (yō·wm) means more than 24 hours.
✓ REASON 8. Interpretation consistency
GENESIS 3:7. 'Then the eyes of both of them were opened, and they realized they were naked.'
The narrowest interpretation of this passage would lead us to believe that Adam and Eve were blind until they sinned, but we understand that this is a figure of speech which can be used in different ways. Similarly, an earlier passage says that God breathed into man the breath of life, even though God is spirit and doesn't have lungs. So if eyes and breath do not need to be interpreted in the narrowest way, then neither does 'yō·wm.'
✓ REASON 9. Science confirms that 'day' is same as an 'age'
In the scientific community, it is a proven fact that the universe has aged over a long period of time – billions of years – not six calendar days.
that When Christians say all creation happened recently in a week's time, this shows ignorance of science and undermines credibility of the Bible.
✓ REASON 10. Honors God
A universe that unfolds majestically with precision over billions of years is even more marvelous than one put together in a week.
It diminishes God's creation by saying it is less amazing than it really is.
* The New International Version (NIV) is the only major translation that, erroneously and for no apparent reason, omits the English word day in these two passages, but the Hebrew word yō·wm is written in the original text.
‍
NEXT ►
SITE IN EARLY STAGES OF DEVELOPMENT
Helping Christians engage in intelligent and persuasive conversations with doubters and unbelievers
◀︎ BackHomeAboutTop
BIG BANGToday we know moreProof of GodBIBLE CREATION DAYSCreation 'day' not 24 hoursNot 'apparent age'
PEOPLE BEFORE ADAMTime calculationsSin not cause of deathBible dating methodScientific dating methods
GARDEN OF EDENEden storyQ&A Garden of EdenOriginal sin (Romans 5)No burn in hell forever
thinkersbiblestudies.com
Not affiliated with any church, school or business of any kind
No charge, registration, advertising or solicitation
© Copyright 2020 • All rights reserved • Lundborg Foundation